The opening round of the 2018 Six Nations lived up to all expectations in what was an exciting weekend of action. Wales hammered Scotland, Ireland edged past France and England saw on Italy. This weekends fixtures look just as exciting and Morgan Roberts previews all the games here.

After the heroics of Jonathan Sexton in Paris a week ago, Ireland now have the welcoming prospect of three home games back to back, to start with the Azzuri. Not too many changes in the team for Joe Schmit; in the press conference on Thursday he discussed about how physical the tournament was, hence CJ Stander being put on the bench.

Schmit also spoke on opportunity, Dan Leavy taking the starting position from Josh van der Flyer after another injury, and Jack Conan gets a first start since the Fiji test back in November. Italy come into the game with a bigger hill to climb, not just trying to perform for 80 minutes. A lack of quality on the bench and a general lack of fitness is the answer here but with the changes to the front row, Connor O’Shea will be optimistic Italy can cause an upset in the Aviva, possibly the only man that does.

A talking point has to be the Number 23’s for both sides. For Ireland the rapid rise of Leinster’s Jordan Lamour and the courageous journey of Italy’s Jayden Hayward. Hayward’s story is rather remarkable; having lost sight in one of his eyes, he’s the only professional rugby player wearing eye goggles to protect his eyes. It will be a sweet moment for both, as they would earn their first caps in the Aviva Stadium. 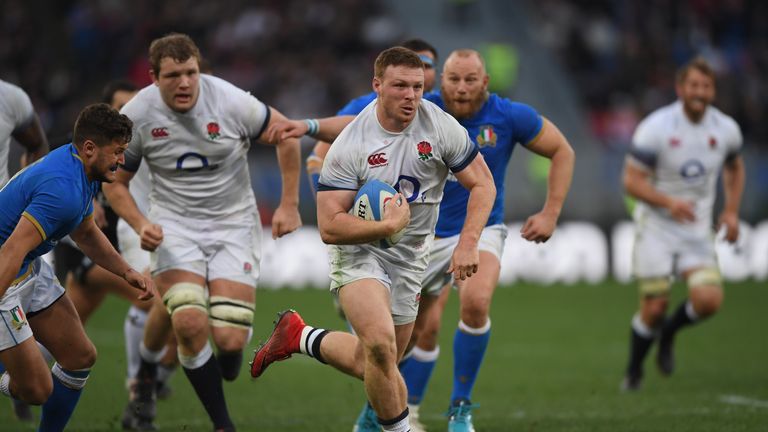 Easily one of the biggest games in the international rugby calendar, let alone just the Natwest 6 Nations Tournament; this is the game of rugby games. Eddie Jones was pleased with the performance in Italy, however the Azzuri did cause England problems up-front, something Wales will surely look to expolit.

The Ford-Farrell axis worked brilliantly but only because England were able to get over the gain line and win most of the breakdowns, something they will have to do again. The two big changes was a switch for Joseph for Te’o as the starting Outside Centre and Care takes the staring Scrumhalf spot, after Ben Young’s injury, and Richard Wigglesworth of Saracens comes onto the bench. A key player to watch for England is Sam Simmonds with his mobility and speed of the line. The Dragons come to Twickenham with no pressure and no fear, their last visit partly resulted in England’s demise in the 2015 Rugby World Cup. Gatland also seems to be confident with the men that dispatched Scotland, as he has made an almost unchanged side to face the English, George North coming in for Owen Watkin on the bench.

The Scarlets style worked for Wales against Scotland because they won the break downs and the contact, that is what Wales will have to do. Rhys Patchell has been identified as a key player by Eddie Jones, and of course he’s correct, but now with the confidence from the Principality Stadium and playing with most of his club mates, Patchell will have to be wary of the Ford-Farrell axis. It is one of the games of the championship and will be closely watched by all; it will prove decisive to England getting a third 6 Nations Championship in a row out right and a Grand Slam, and for Wales to emulate the efforts of 10 years ago, 10 years since Warren Gatland’s first Grand Slam for Wales in the Championship. 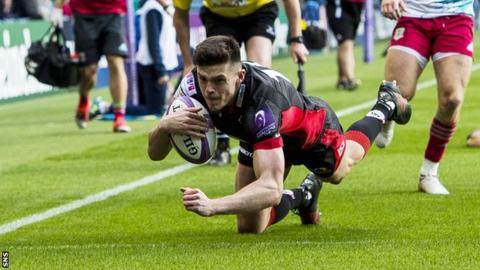 The Scots must come into the game with the mentality that the trip to Cardiff last week was a blip in their progress. They will have to be more physical against Les Blues if they are to win the breakdowns before trying to go wide. Relief for Townsend is that he can call back some of his more experienced players into his selected 23 such as: Simon Berghan, Grant Gilchrist, and Sean Maitland. Greig Laidlaw also makes his first start in nearly a year at Scrumhalf. The exciting Edinburgh Full-back Blair Kinghorn could also make his test debut from the bench for the Thistles.

France will be reeling after the defeat in Paris and this game in Murrayfield will be a real test of character for the young L’Equipe de France. Brunel has been forced into changes due to injuries, some of them more clear cut than others. Lionel Beauxis has been called up for the first time in 6 years; the last time he played for France, Wales won the Grand Slam. A few eyebrows would also be raised that Louis Picamoles is not on the bench and not starting at number 8 for France. Scotland have to win the battle up front; as last week proved, France can prove they can defend, even if in an erratic fashion.