After week off, the Six Nations is back this weekend and Morgan Roberts is here to give us the lowdown on the fixtures ahead.

For the first time, the Six Nations will be played in Marseille with France hosting one of their three home matches in there, a great location for some sunshine, great food and a rugby game. This game already feels like the Wooden Spoon decider as both sides have failed to register a win in the tournament. France do have two league points from the two narrow losses they have had against Ireland and Scotland. Italy both against England and Ireland have been close to getting the 4-try bonus points; therefore France can grind out a game with their defence, whereas Italy look to keep creating chances for tries.

France again have a very different team with injuries and the antics of 8 French players in Edinburgh, which results in Teddy Thomas being replaced by Benjeman Fall for instance. There is also seems to be a loss in the confidence of the young Fly-halfs with Beauxis being selected as cool calm head to play against the Italians; even though it could be argued they are past their best. For Italy, it almost seems a do or die match to mark any success with Connor O’Shea coming in to coach the national team. Both team’s fitness after 60 minutes has been questioned and their discipline has certainly not impressed either. Italy have had more impressive passages of play and they are worthy of a win against the stuttering French, coached by the uninspiring Jacques Brunel.

The clash of the Celts is another one of those matches that every Six Nations fan looks forward to with great anticipation. Ireland have been good for their praise before the tournament, a narrow win against France and an impressive display against the Azzuri. For Wales, a great start against Scotland and then a loss after frustratingly running England close at Twickenham. Wales will come into the game as underdogs but they will prefer that. All of the pressure will be on Ireland, as the home fans are wishing for it to be a Grand Slam decider between Ireland and England at Twickenham in the penultimate game of the championship in mid-March. However, Wales can play well at the Aviva, winning in 2012 and drawing to the Irish in 2016.

The key battle will be in the backrow, as both of them have been mightily impressive so far, particularly Peter O’Mahony and Aaron Shingler the two Number 6’s. The injury to Robbie Henshaw sees Munster’s Chris Farrell come in and Andrew Porter is awarded a start after an impressive performance against Italy, replacing the injured Furlong. For Wales, Liam Williams after scoring for Saracens against Sale Sharks last week, takes the winger spot from Josh Adams and Rhys Patchell is dropped from the side completely as Dan Biggar comes back into the starting 10 position. Ireland will have the fire power as well as home advantage to bring the win for the Emerald Isle but it will be very close. 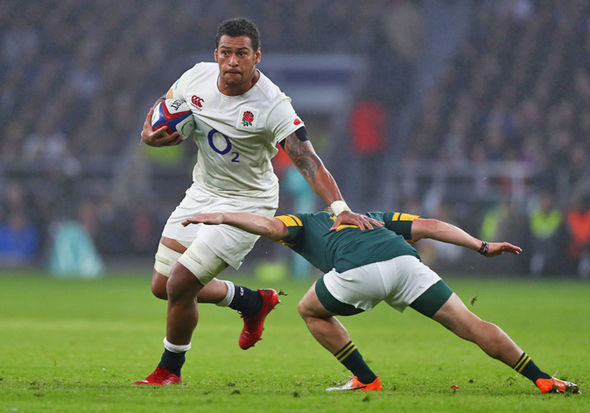 The Calcutta Cup fixture, the oldest rivalry in rugby in the world, and it has in the majority been English victory over the years but can Murrayfield prove to be the difference? Eddie Jones has commented that the Scottish will be physical, and there is a lot of truth in that as they were able to bring the game to the large pack that France presented, but the English pack will bring an entirely different prospect. Scotland were able to capitalise on the French ill-discipline, thanks to a fantastic kicking display from Greig Laidlaw and England were guilty of conceding a handful of penalties against the Welsh a couple of weeks ago; therefore that could become an important factor as the game goes on.

The attack, particularly from the English forwards, performing a variety of attacking plays within the same passage of play will be important for England to get the territory they will need. This will also be crucial to spot the outside defence, which has been a problem for the Scottish. Nathan Hughes coming back in, replacing the injured Sam Simmonds, is a boost for England but the opportunities for May and Watson will be keenly anticipated by English fan, as England will look to get the four try bonus point for sure against the Scots. England were able to put 61 points passed Scotland in their previous match at Twickenham, but the Murrayfield faithful as well as Scotland’s confidence from the French game will be a key factor to deciding the outcome of the game.