What a year of Rugby Union it has been. We’ve seen the Exeter Chiefs lift their first Aviva Premiership crown, a thrilling Lions series that ended in a draw and a fantastic Women’s World Cup that saw New Zealand regain their crown. Our rugby correspondent Morgan Roberts reviews it all.

This year has seen the continued rise of the Exeter Chiefs, winning the final at Twickenham for the first time in May, after an impressive home semi-final performance against Saracens. The Chiefs have been going strength to strength from the start of the 2017-2018 campaign, as they are now eight points clear at the top of the league table. The team who have made the biggest strides of improvement has definitely been Gloucester. In May, they were finalists in the European Challenge Cup but fell to a disappointing defeat against Stade Francais. However, with Ackerman Snr in the coaching staff and Ackerman Jnr coming into the back row on the field from South Africa, things have started to blossom at Kingsholm. Gloucester are now in second place in the Aviva Premiership Table. Gloucester’s second place is slender however because each team below them in the league has one point less in descending order, Gloucester have 32 points and it goes down to 28 points, where the Leicester Tigers sit in sixth place. Therefore, the games over the latter stages of December and January will be crucial for the season for the top eight sides in the Aviva Premiership.

The battle to be in the top four at the end of the season is incredibly tight, with Saracens and Bath making up the teams in 3rd and 4th place currently, but Wasps and Leicester Tigers are hot on their tales. Most recently, Northampton have provided the biggest news with the sacking of Jim Malinder, who was in his tenth year at the club. This came to an end after a series of ten straight defeats in all competitions and for the board of Franklins Gardens it was enough. The battle at the bottom of the table is hotting up with Worcester getting some crucial wins over the Saints and the Tigers to leap frog London Irish. Irish are going to have to really get some points on the board and quickly, otherwise it looks that Pat Lamb’s Bristol will take their place in the Aviva Premiership next year.

The competition increased from 12 to 14 teams over the summer with the Southern Kings and the Cheetahs coming in after being axed by SANZAR from Super Rugby. The teams are now split up into two conferences but there were promises that local derbies would still be kept, for example the Ospreys vs the Scarlets and Cardiff Blues vs the Dragons (formerly Newport Gwent Dragons). Personally I was not sure how the regions would be able to cope with the extra cost of travel and miles on the clock to attend games. However, it seems to have improved the teams exponentially and it seems to give the players an extra range of skills and experiences to continue their development.

The Cheetahs, for me, have been worthy of their inclusion as they have very athletic players and certainly test out the European teams for pace, with the result that they are in third place in Conference A. Leinster, Glasgow Warriors, the Scarlets and Munster have continued to be strong forces in the competition. Les Kiss is under pressure to create a more elaborate style of rugby for Ulster to win games, and Edinburgh are also going up with the inclusion of former Leicester Tigers boss Richard Cockerill. The Dragons are on the hunt again, Brendan Jackson saying he’s looking to recruit up to 11 players to come into the squad, the most recent being Richard Hibbard and Ross Moriarty from Gloucester, maybe even a certain Quade Cooper, who has been axed by the Queensland Reds in Australia.

The tournament could have seen England become the first team to win back to back Grand Slams in the competition and gain the record for the most consecutive wins for a tier one nation in world rugby, overtaking New Zealand. However, the men of the emerald isle didn’t allow that to happen, even if it was a boring game to watch from both Ireland and England. The two games of the championship were when Wales hosted England and Ireland, there is just something about rugby being played in the Principality stadium in Cardiff that is like no other experience in rugby. Both games contained high drama, ear blasting noise and superb rugby from all three teams across the two games.

The inclusion of a bonus point system was a big improvement for the competition this year, the 4-try and loosing bonus points were pivotal to the overall result of the competition. France continued in their poor form, not showing their flair from the 70’s. Italy’s performances really brought to light the notion that there should be a relegation system with the team that comes last in the 6 Nations and the winners of the Rugby Europe Championship to play a playoff match to be included in the Six Nations. If that were to be done this year, Italy and Romania would have battled each other. An idea that the two competitions should really consider implementing after the Rugby World Cup in 2019 because both championships could do with another element of increase the competition.

Th restart of the competition has already seen some outstanding performances from the likes of Leinster, Munster, Clermont Auvergne and La Rochelle. The week before last saw all six English clubs in the competition loose to their respective opposition; some pundits claiming that it is because of the refereeing styles of referees outside of England. Whatever it may be, we have to remember, a lot of the fixtures were not on home soil, apart from the Cheifs game against Leinster. Regardless of this, we are still seeing fabulous talent being shown.

The biggest talking point thus far, had to be the debarkel of the first Saracens vs Clermont Auvergne game in South-West London. The game having been called off and then rescheduled a day later, did nothing good for the home side, as they suffered their worst defeat in the competition in recent times. Saracens did redeem themselves somewhat against Clermont last weekend, but there could be a situation where the current champions would not make the quarter finals, unthinkable given how Saracens have performed in the last two years. This could pave the way for the Ospreys to enter the quarter finals for the first time in a while, with the likes of Dan Evans playing out of his skin at the moment. The Irish and French sides are doing very well in this year’s competition, as I said earlier and taking into consideration the likes of Montpellier and Ulster, the knock out stages ought to be a cracker. 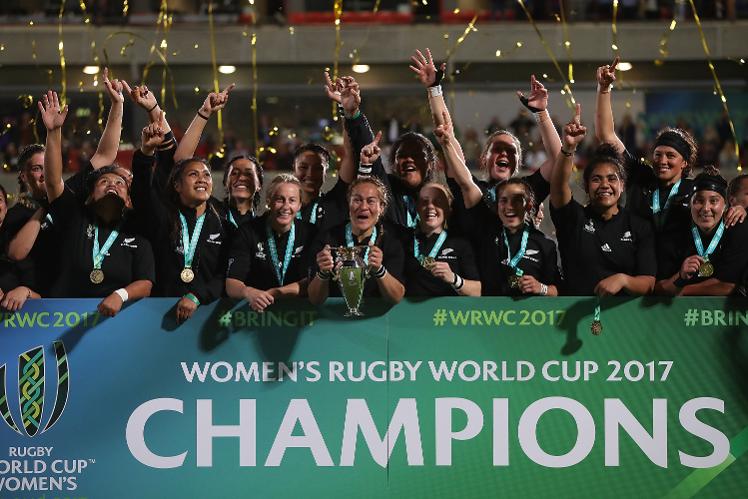 The tournament was a brilliant occasion and saw passion for the home side and stand out team performances from the two finalists, England and New Zealand. Lydia Thompson and Portia Woodman, the two wingers that especially lit up the competition for England and New Zealand respectively. When it came down to the final, the speed of the half backs of New Zealand proved to be the real difference, England still are looking to beat New Zealand in World Cup Final. The tournament also felt like a gauntlet laid down by the Irish nation that they could host a Rugby World Cup and host it well; unfortunately, this was not to help the bid for the Men’s Rugby World Cup in 2023.

The prospect of playing against the back to back Rugby World Cup Champions would daunt most teams, but not Warren Gatland and his British & Irish Lions Squad. The men from England, Ireland, Scotland and Wales faced one of the most gruelling tours any British & Irish Lions side had faced before, and in the main the tour could be considered a success. The All Blacks showed their class with great performances from Rieko Ioanne and Beauden Barrett. However, a resurgent Lions with players such as Liam Williams, Elliot Daly and Johnathon Sexton, clawed it back in the second test. Yes, the finale was not the one that most people were expecting and people complained that it felt flat after the final test match. However, coming out with the 400 to 1 possibility of a draw was something that the Lions players especially should consider in a positive light. Now the challenge of the Lions in three and a half year’s time will be South Africa, and lets all hope that the Springboks improve for that series of test matches. 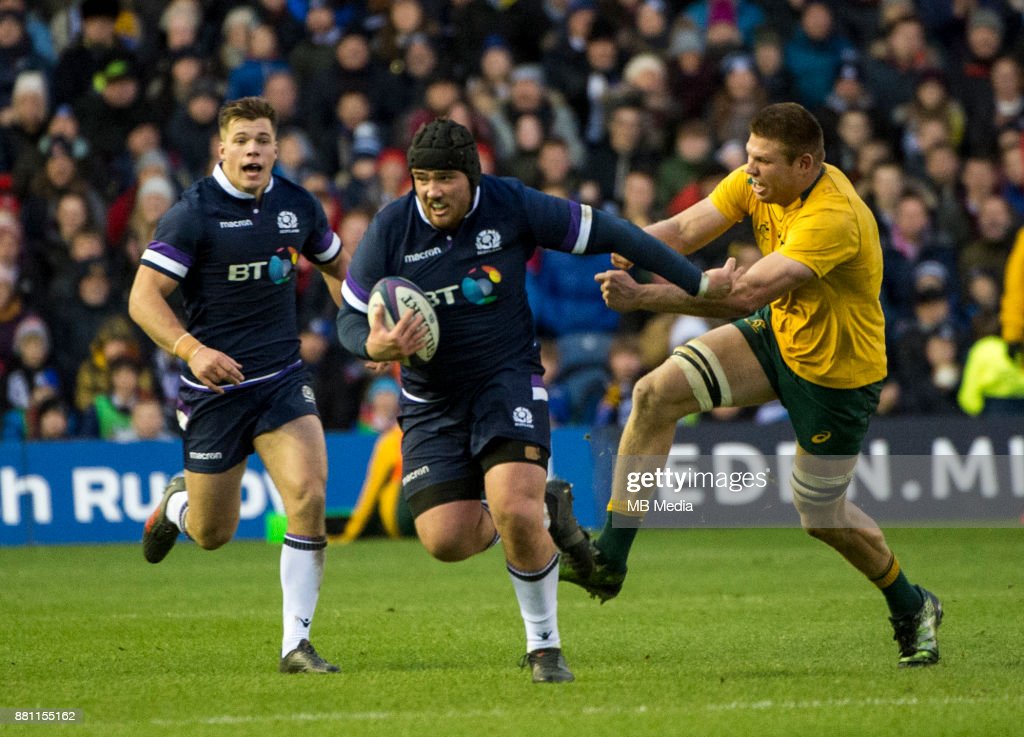 The action from last month saw all the home nations take on the forces of the summer hemisphere teams. England cruised through their three games against Argentina, Australia and Samoa; all be it with England not playing champagne rugby. Wales will ultimately look at this Autumn with disappointment with two unconvincing victories over Georgia and South Africa, and two losses to Australia (for the thirteenth successive time) and New Zealand (still to gain a win over the All Blacks since 1957), both fixtures conceding crucial scores in the second half. Scotland made great strides again under Gregor Townsend again, coming very close to defeating the All Blacks for the first time in their history, a competitive win over Samoa and thrashing the Wallabies in Murrayfield. Ireland also had a successful Autumn series, matching England by winning all three of their games; hammering a woeful Springboks team, narrowly beating Fiji and claiming revenge over Argentina from their previous meeting in the 2015 Rugby World Cup.

Now one could be forgiven that 2018 will be a mere warm up to the RWC in Japan in 2019; but it would be foolish to think so. The rugby that will be played in the new year will be more ferocious and more important to international sides getting into the grove to visit the Land of the Rising Sun. Below I have some quick predictions for the major rugby competitions that will happen in 2018: