The start of the Six Nations every year is one of the highlights of the rugby calendar, and the excitement was as high as ever as the 2018 installment of the competition began last weekend.  No other yearly rugby tournament generates as much tension and drama than the one where Europe’s best go head to head, and we were not disappointed on what was a thrilling first weekend of action.

1) Wales shock us all It would be fair to say that heading into Saturday’s opening match against Scotland, optimism did not surround Welsh rugby. Numerous injuries and a relatively poor autumn international campaign meant that Scotland went to Cardiff with their best chance of winning at the Principality Stadium since they last won their back in 2002.

Though they met a Welsh side who arguably put in their best performance since they beat England back at the 2015 World Cup. They played with pace and intensity, something you do not necessarily associate with a Warren Gatland team, and despite their plethora of injuries, they looked a side capable of winning this year’s tournament. Leigh Halfpenny looked back to his best scoring two tries, and the likes of Steff Evans and Aaron Shingler also put in impressive performances. A win next weekend at Twickenham and this side may well be talked about as Grand Slam candidates.

2) Where did it all go wrong for Scotland? Saturday’s game in Cardiff may well have exceeded expectations for Wales, but for Scotland it was grim reminder of the realities of international rugby. So good was their autumn campaign that many expected the Scottish to challenge for the title this time around. However they now head into Sunday’s game against France knowing another loss may well put them on course for another wooden spoon decider against Italy. In all honestly this was not just a defeat for Scotland but a defeat that exposed their frailties all over the park. In the forwards their injuries in the front row were there for all to see, and their backline could not break down a Welsh defence that had been excellently prepared.

After Ali Price’s intercepted pass in the sixth minute, Scotland completely broke down and allowed Wales to walk all over them. This is not the first time Scotland have crumbled in a big game away from home. Remember their heavy defeat at Twickenham last year? Gregor Townsend has some quality players at his disposal but until his side start playing smarter rugby then they will continue to struggle against quality opposition.

3) Will scrum feeds finally be straight?

It has been happening for so long now, that crooked feeds at the scrum have become the norm in rugby. So it was good to see that referees had been told to penalise any feed that was  being sent straight towards the number eight’s feet. Perhaps now we will see hookers actually having to hook the ball instead of just a pure power contest between the opposing front rows.

Ali Price being penalised inside his own 22, that led to Wales’s second try will now surely mean that scrum-half’s for the rest of the tournament have enough doubt in their mind, that if they do not feed straight then the opposition will be awarded a free-kick. My only qualm is that referees need to be more consistent on the issue, on the weekend we saw many feeds that were certainly not straight go unpunished. Only consistent refereeing will bring an end to the issue

4) Sexton does it again Their simply are not enough superlatives to describe Jonny Sexton anymore. The man is so crucial to Ireland and again on Saturday he proved his worth. With his team seemingly on course for defeat in a game they had led for long periods, he once again stepped up to save his side. How important his last minute drop-goal will prove to be depends on how Ireland fare for the rest of the tournament.

The composure he showed to slot the kick from over forty metres shows just why he is European rugby’s premier fly-half. The man had no choice but to go for the kick when he did, as his side had played out 41 phases and were clearly tired. Despite the hope that France may give away a penalty, it got to the stage where it was now or never. Having a player with the quality of Sexton in their ranks, Ireland have the ability to win games even when they are playing poorly and that makes any team a quality outfit.

5) A much improved France

The appointment of former Italy coach Jacques Brunel as French coach was questioned by many back at the end of 2017. Although he seems to have given his side a sense of stability following what was a pretty dire month of November that even saw them draw against Japan. They were moments away from victory against Ireland, and can take heart from the way they kept Ireland at bay for long periods. They defended exceptionally, conceding no tries and frustrating the away side.

In attack they did not particularly threaten but Teddy Thomas’s wonderful solo effort proves that this team has some excellent players at its disposal. A win at Murrayfield on Sunday and the French could still make a challenge for the championship.

Last year’s game between France and Wales caused all kinds of controversy following the use of HIA system to replace members of the French front row. Saturday’s game in Paris once again saw the system criticized as Antoine Dupont was replaced for a HIA despite what clearly looked like a knee injury. The system is clearly there for all the right reasons but poor Nigel Owens had no choice but to allow the replacement after he had consulted match doctor.

HIA has benefited rugby immensely as it has given players the protection they need from concussion but if it continues to be exploited then the system will lose its credibility. Hopefully the powers that be can find a solution before it blights the rest of the tournament. 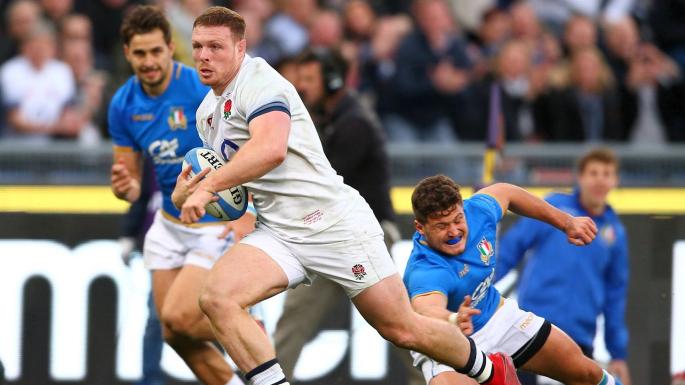 The tournament holders won again on Sunday in what turned out to be comfortable win in the end against a spirited Italian side.  The hosts threatened in Rome but England were always in control and they head into Saturday’s game at Twickenham favourites to retain their crown.

Sam Simmonds was impressive at number eight, his burst of speed certainly provides England with a different kind of player in that position. Anthony Watson continues to show his class, he is solid in defence and his finishing is going from strength to strength. The England scrum is something that has come under pressure in the past, but the entire front row fronted up well against a strong Italian pack. The only negative for England was the injury to Ben Young’s which means his tournament is now over.

8) Ford and Farrell show their class 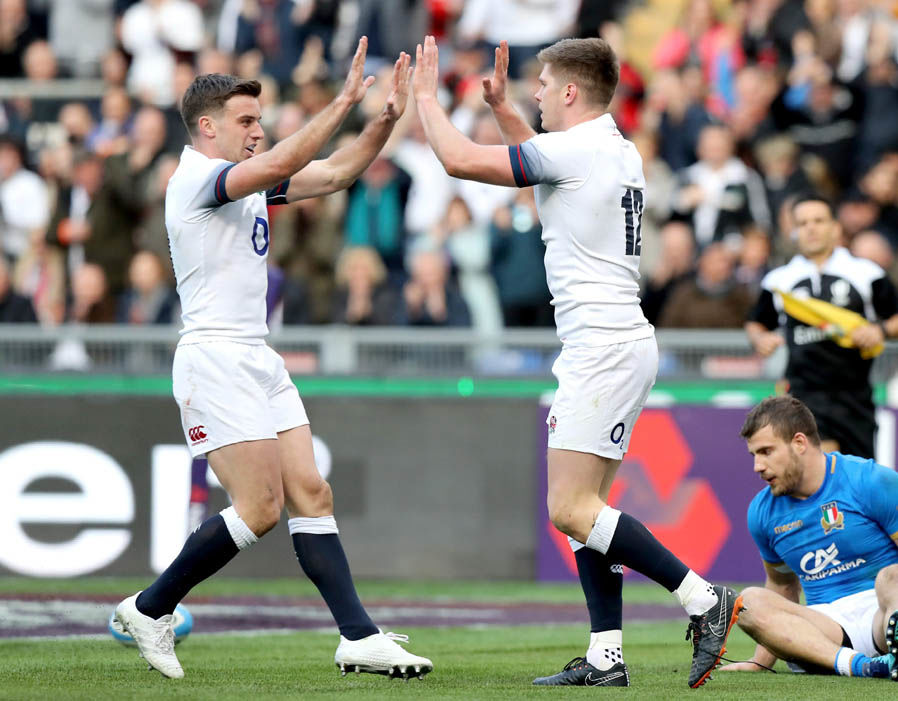 The combination of Ford and Farrell is quickly becoming one of the most dangerous in world rugby and on Sunday they tore Italy to shreds at times. Their quick hands and delayed passing in tandem work perfectly together. There will always be calls for Farrell to return to his more natural position of fly-half, but barring injuries this will surely be the combination England head into the 2019 world cup with.

The way they combined for England’s fifth try was particularly impressive. Farrell’s perfect line pierced the Italian defence before giving the ball back to Ford who had supported him on the inside which allowed the Leicester man to go over from short range. Wales will have to find a way to contain the pair if they are to win at Twickenham on Saturday.

9) Plenty of positives for Italy 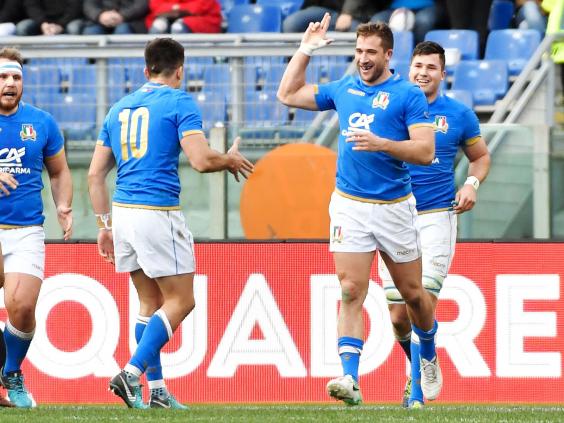 Italy may have lost on Sunday but at times they had England worried. The two tries they scored stretched the England defence and had Tommaso Boni’s try not been disallowed when the score was at 20-10 to England, then the result may have been fair different. The score of 46-15 did not do Italy justice who must be praised for trying to play attacking rugby until the very end.

Whilst the tournament may well end in another wooden spoon for the Italians it is clear to see that Conor O’Shea is continuing to make strides with this team.  If they can start to play rugby for the entire eighty minutes instead of falling away after sixty, they may well shock someone in this tournament.

10) The tournament is as open as ever 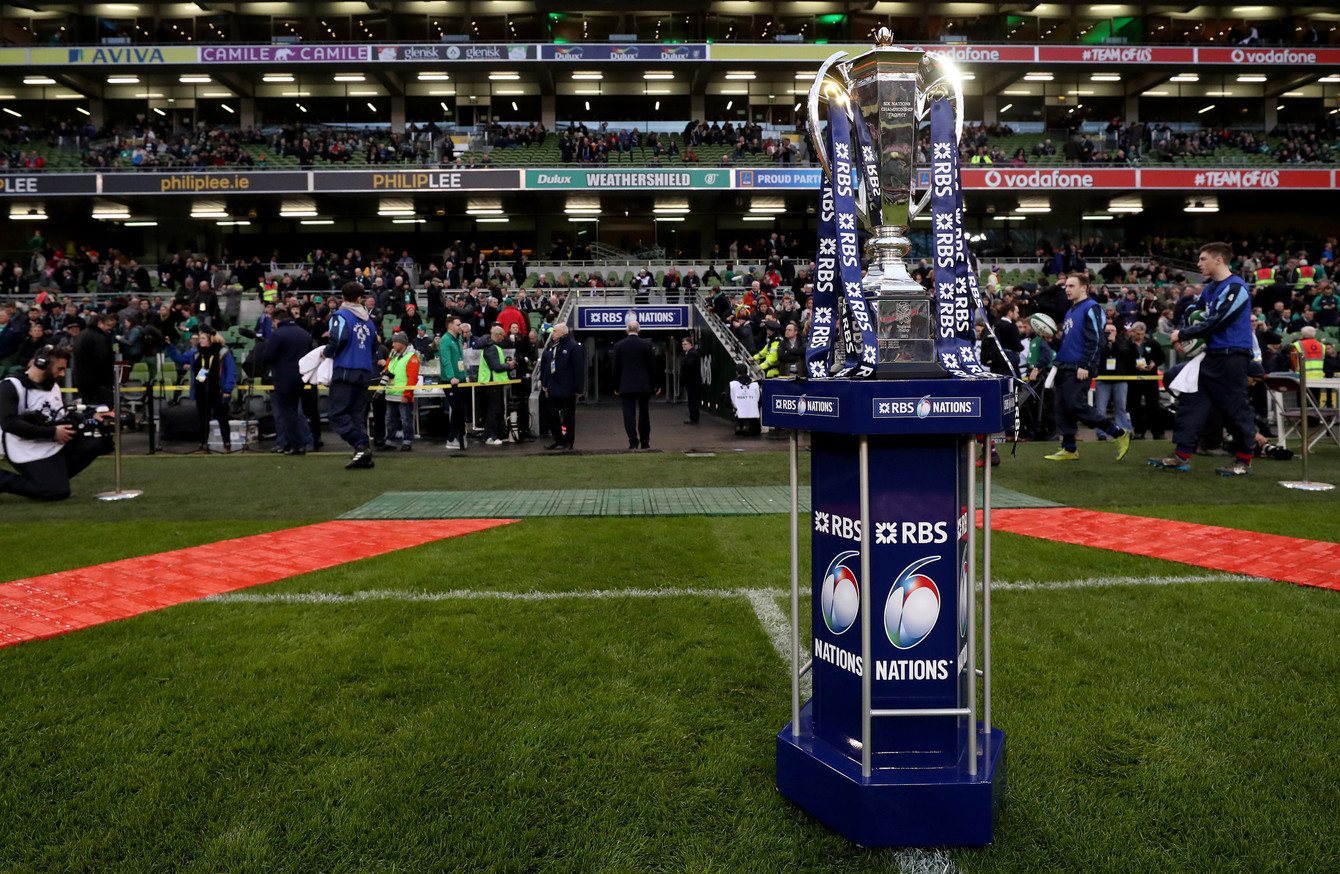 Whilst many are talking up the possibility of a decider between England and Ireland on the final day of the tournament, based on the opening weekend, the two favourites might not have it all their own way.

Wales look as dangerous as ever. Scotland will surely improve. France are a much better side than many expected them to be and Italy may well have a shock in them on their day. It promises to be a thrilling tournament.

Want to hear more? Why not listen back to the Brum Rugby Show from Sunday 4th February for more analysis of the opening weekend of the Six Nations.